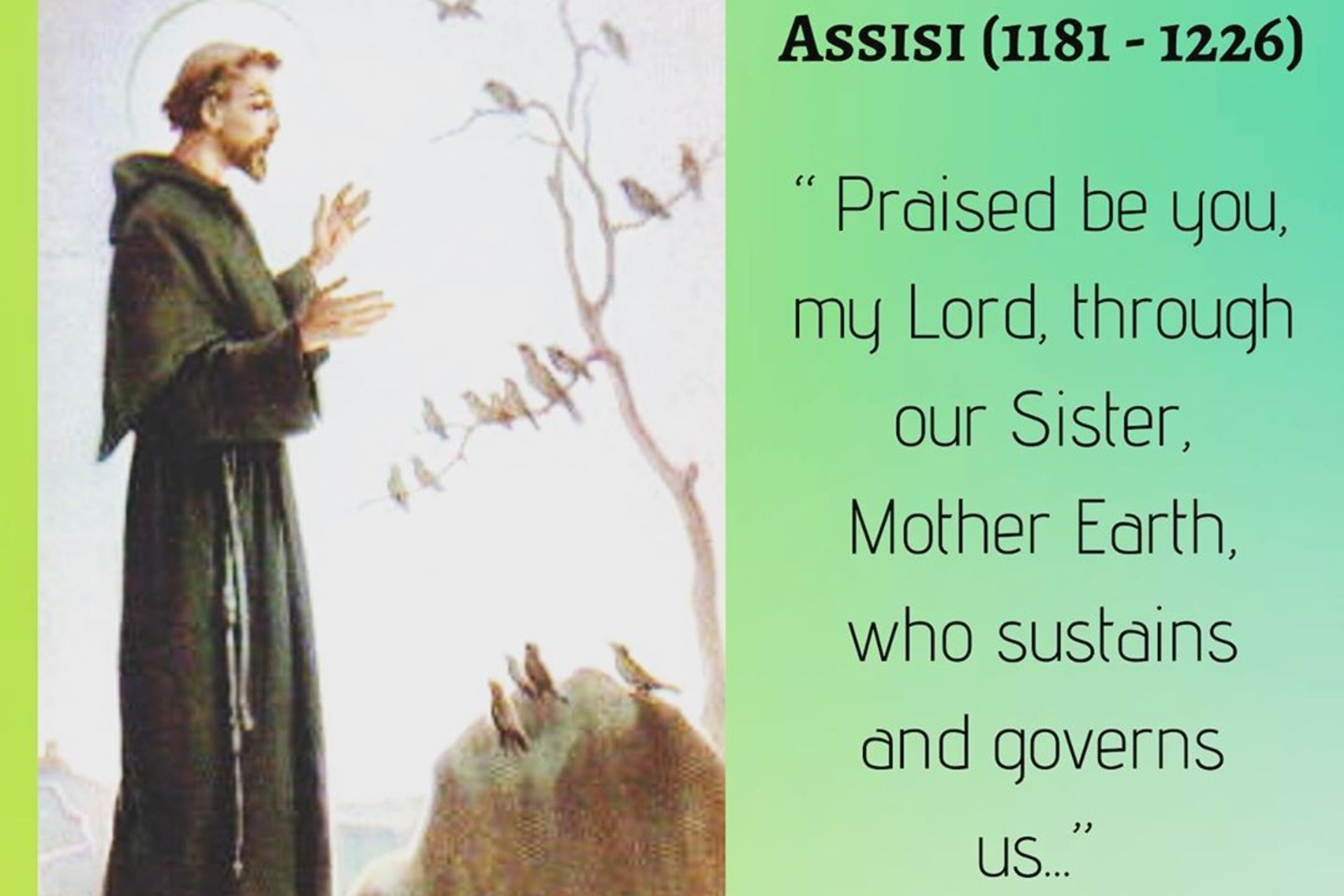 Francis was born in Assisi, Italy in 1182. He grew up leading a privileged life as the son of a wealthy cloth merchant. Francis loved to learn and sing songs as a boy.

Francis is one of the most venerated religious figures in Roman Catholic history. He founded the Franciscan orders, including the Poor Clares and the lay Third Order. He and St. Catherine of Siena are the patron saints of Italy, and he is also the patron saint of ecology and of animals

Later in life, Francis reportedly received a vision that left him with the stigmata of Christ — marks resembling the wounds Jesus Christ suffered when he was crucified — making Francis the first person to receive such holy wounds. He was canonized as a saint on July 16, 1228

Francis most well known prayer which is both recited & sung

"O Divine Master, grant that I may not so much seek to be consoled, as to console; to be understood, as to understand; to be loved, as to love; for it is in giving that we receive, it is in pardoning that we are pardoned, and it is in dying that we are born to eternal life." Amen.