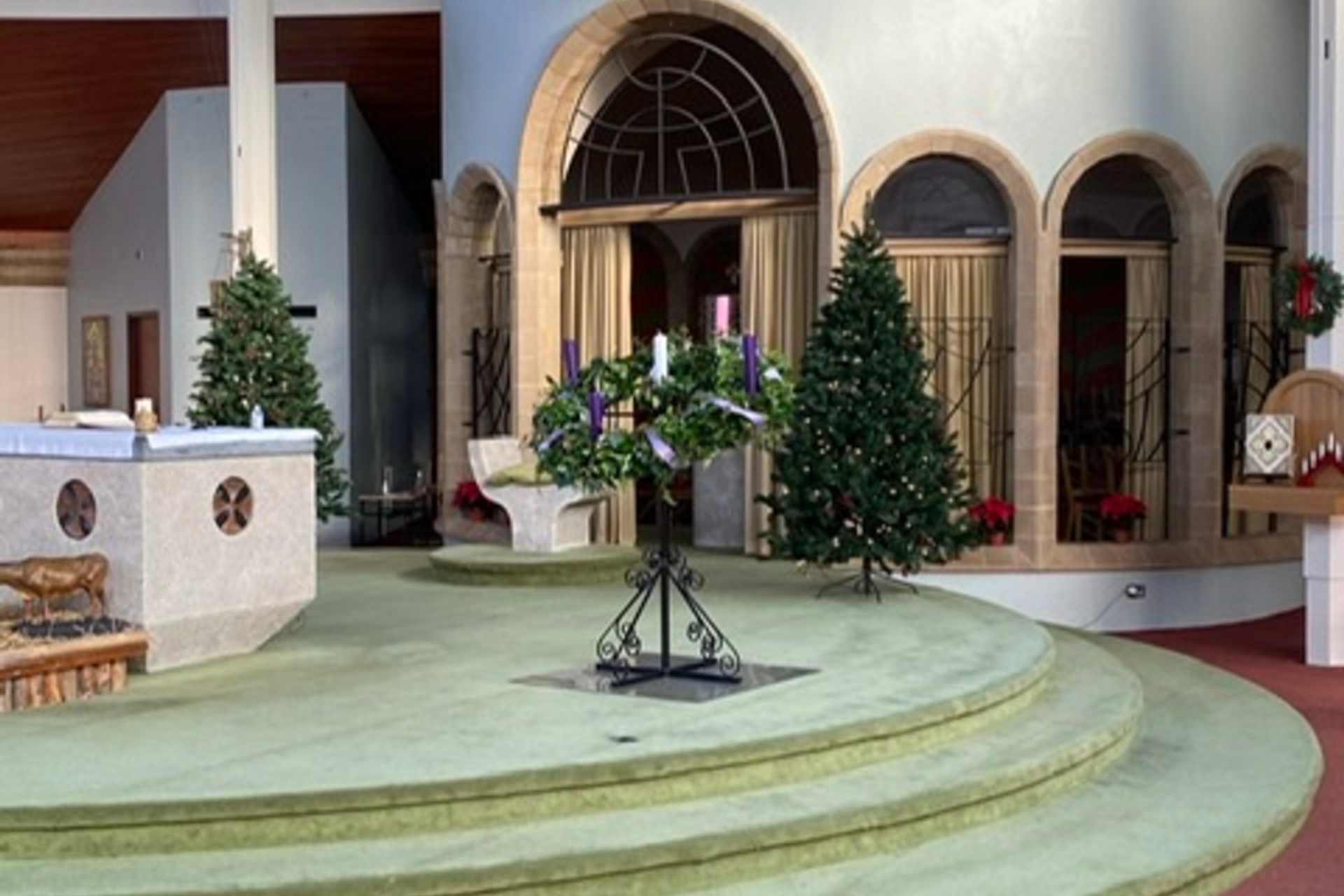 The Advent wreath will be on display.  This wreath is a circular garland of evergreen branches representing eternity.  On the wreath 4 or 5 candles are arranged and a new candle is lit each week. Each candle represents an aspect of the spiritual preparation for the coming of Jesus.

Another purple candle is lit on the second Sunday representing faith and is sometimes called the Bethlehem Candle because the prophets said a descendant of King David would be born there.

The advent colours are pink and purple. Purple is the colour of repentance and change of heart in preparing for the coming of Jesus.  The pink candle represents joy.

On the first Sunday of Advent a purple candle is lit.  This first candle represents hope in anticipation of the coming of the Messiah and reminds Christians of the messages about the Messiah from the prophets.  It is called the Prophecy Candle.

The second purple candle represents faith and is sometimes called the Bethlehem Candle  because the prophets said a descendant of King David would be born there.

The pink candle is lit on the third Sunday of Advent.  This is often called the Shepherd’s Candle and it represents joy.  The angels brought the joyful news of Jesus birth to the shepherds in the fields.

The final purple candle is lit on the fourth Sunday of Advent.  It is called the Angels’ Candle and represents peace.  The angels announced to the shepherds that Jesus would bring peace to the world.

If a fifth white candle is placed in the centre of the wreath, it is lit on Christmas Eve to celebrate the birth of Jesus.  It is called the Christ Candle and symbolises Jesus who is the light of the world.

Mass for the Dead