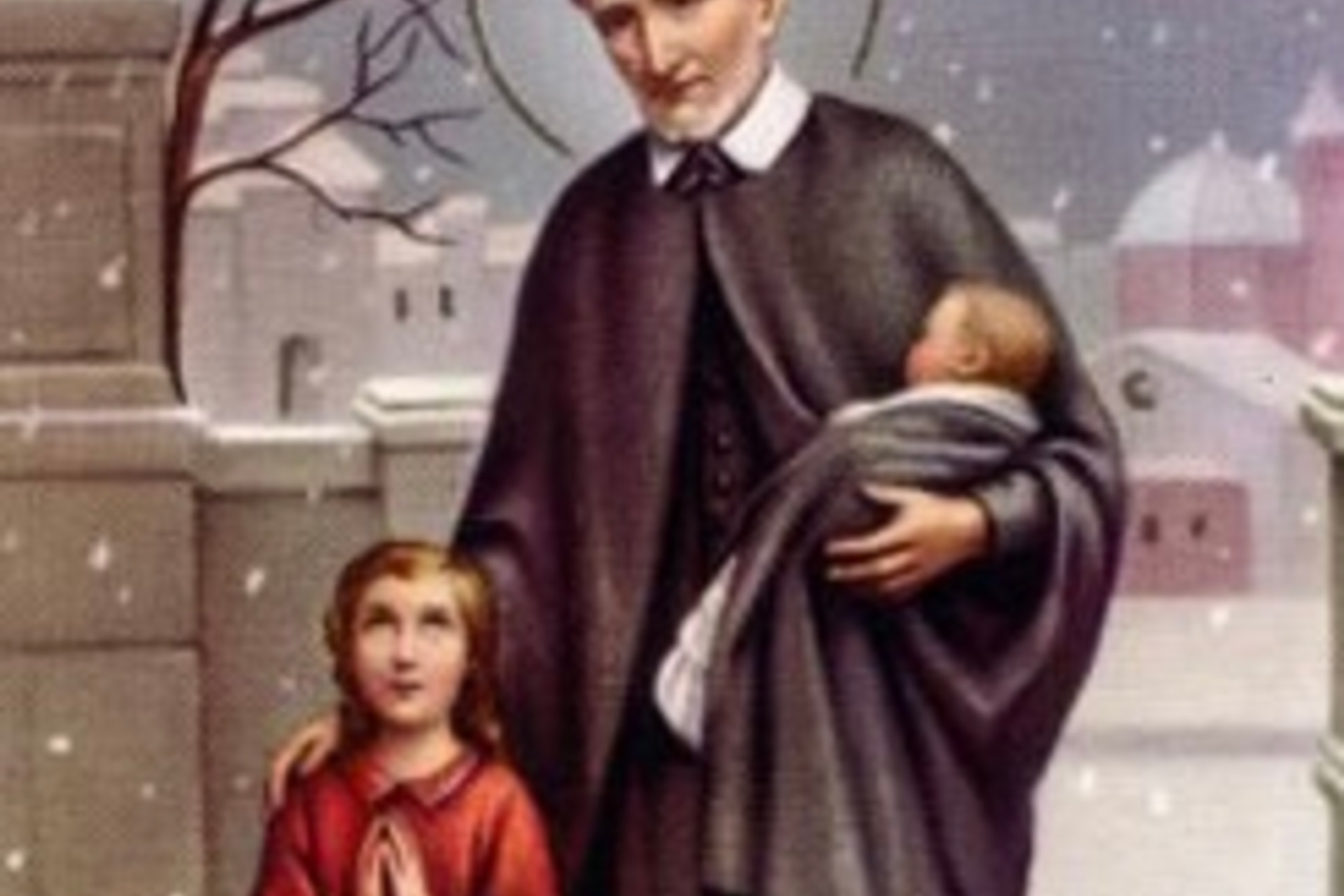 Saint Vincent de Paul was a Catholic priest who served the poor. He was born on April 24 1581 in the village of Pouy, in Guyenne and Gascony, France and died on September 27 1660 in Paris, France. We celebrate his feast day on September 27 every year in the Catholic Church.

The Society of St. Vincent de Paul (SVP) was founded in Ireland in 1844 and is the largest voluntary charitable organisation in Ireland.  We have a local conference in the parish designated SVP Conference of Christ the King

The initial life of leisure that St Vincent de Paul had yearned for was changed after he heard the confession of a dying peasant and he experienced a change of heart.

After King Louis XIII died, his wife Queen Anne took over the rule of France as a regent and nominated Vincent de Paul as her spiritual adviser.

Vincent was introduced to many poor families by the Daughters of Charity. He tended to the poor by bringing them food and other essential supplies just to at least make their lives bearable and comfortable.

Saint Vincent de Paul died on September 27 1660. His bones are preserved in a glass reliquary in Saint Vincent de Paul Chapel, Paris (The headquarters of the Vincentian fathers). His incorrupt heart is displayed at the chapel of the motherhouse of the Daughters of Charity in Paris.

Saint Vincent de Paul is the Patron Saint of