Welcome to Christ the King

We truly hope this will be a useful tool in learning more about our Catholic faith and the ministries and services that we offer.

There are about 5,000 in our parish. We have a very active and vibrant community in our parish with lots of different groups and organistions.

Christ the King Church was modelled on the ideas from Vatican II. The church was opened and blessed on the 27 September 1985 by Most Rev. Jeremiah Newman, Bishop of Limerick

Stay up to date and get all annouctments and notices relevant to Christ the King Parish here, including out weekly newsletter.

Saint Vincent de Paul was a Catholic priest who served the poor. He was born on April 24 1581 in the village of Pouy, in Guyenne and Gascony, France and died on September 27 1660 in Paris, France. We celebrate his feast day on September 27 every year in the Catholic Church.

The Society of St. Vincent de Paul (SVP) was founded in Ireland in 1844 and is the largest voluntary charitable organisation in Ireland.  We have a local conference in the parish designated SVP Conference of Christ the King 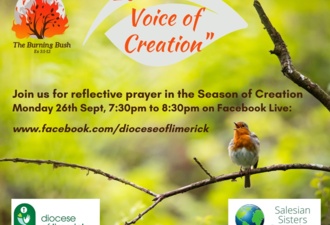 Pope Francis established 1 September as an annual World Day of Prayer for the Care of Creation. The Season of Creation is marked throughout the Christian world from 1 September to 4 October (Feast of Saint Francis of Assisi) and celebrates the joy of creation as well as encouraging awareness-raising initiatives to protect the natural environment

Here is the link http://www.facebook.com/dioceseoflimerick 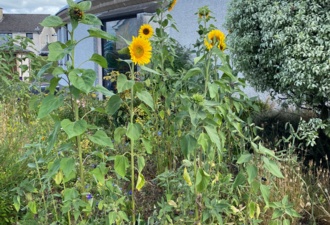 We are now in the seventh month since the 24 February full-scale invasion of Ukraine by Russia.
The President of European Council of Bishops’ Conferences has written requesting prayer throughout Europe for Ukraine

With the threat of an escalation in coming weeks , it is important that we continue to pray for a peaceful conclusion.